At least 10 people were shot and four of them were killed at a football watch party in Fresno, California, Sunday night, police said.
The victims were attending a family and friends gathering in the backyard of a home when an unknown suspect approached and opened fire, Fresno Police Lt. Bill Dooley told reporters during a press briefing covered by CNN affiliate KSEE.
Officers responded to the home after receiving multiple calls around 8 p.m. Sunday reporting the shooting. First responders received additional calls reporting that multiple people had been shot while they were en route to the scene, according to Fresno Police Deputy Chief Michael Reid.
Reid says four men, ages 25-30, are dead after the shooting. One man was transported to Community Regional Medical Center where he succumbed to his injuries.
Five additional victims were taken to CRMC with non-life threatening gunshot wounds, Reid said. 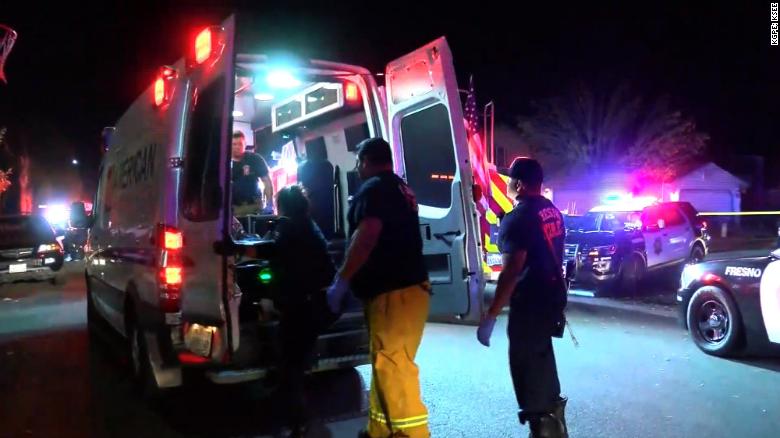 One other man was taken to another hospital where he is being treated for a graze wound, according to Reid.
There were about 35 people at the house for a football watch party when the suspect approached on foot and opened fire, Reid said.
Reid said there is no indication that the suspect knew the victims at this point in the investigation.
"My heart goes out to the families that are victims of this senseless violence," Reid said. "We are going to do everything we can to find out who the perpetrators are and bring them to justice"
No suspect information or suspect vehicle descriptions are available, Dooley said.
Police are going door to door seeking surveillance footage and witnesses to gain information on the suspect, according to Dooley. (CNN)

Emir Sanusi to speak at AUN Graduation on May 13

Efforts to transit IMT to degree awarding institution on course —...